Register here for the link! 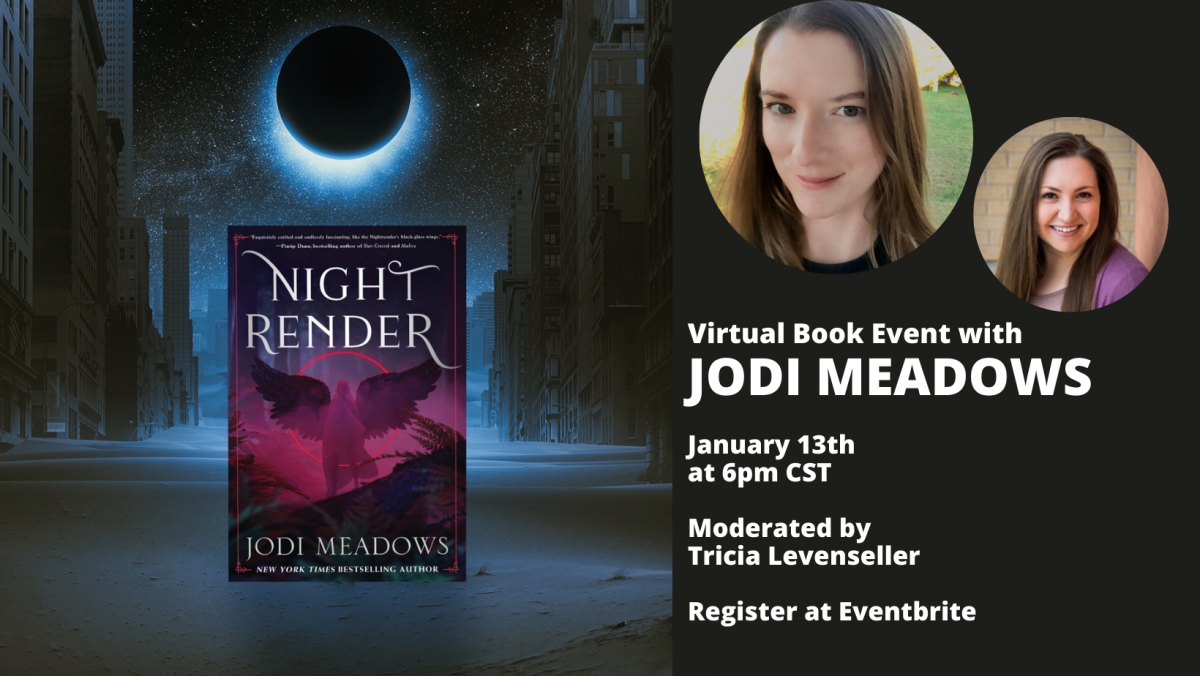 About the book: Kingdoms will fall, gods will die, and hearts will be broken in this sprawling new fantasy from New York Times bestselling author Jodi Meadows.

In the middle of nothingness is the Island of Salvation.

Reality bends easily here. Villages disappear. Forests burn forever. Pockets of inconsistent time are everywhere, their boundaries strung with yellow ribbon. And the three kingdoms of Salvation have been at war for a thousand years.

But the greatest threat is the Malice, an incursion from the demon plane slowly tearing its way through the world’s weakest seams. Seams that—once split—will lead to the total unraveling of night and day, light and dark, life and death.

Not that the human world takes much interest. Of more concern is the upcoming marriage of Rune Hightower, Prince of Caberwill, and Johanne Fortuin, Princess of Embria—the serpent bride, a girl of famous cunning—which offers a possible end to the ancient conflict. But Rune has noticed the growing darkness, and he is determined to summon mankind’s only defense: Nightrender, the hammer of the gods, an immortal warrior more weapon than girl.

There is only one problem. The last time she was summoned, she slaughtered every royal in Salvation, and no one knows why. Will she save humanity from the Malice… or plunge it deeper into the fires of eternal war?

About the Author: Jodi Meadows wants to be a ferret when she grows up and she has no self-control when it comes to yarn, ink, or outer space. Still, she manages to write books. She is the author of the INCARNATE Trilogy, the ORPHAN QUEEN Duology, the FALLEN ISLES Trilogy (HarperCollins/Katherine Tegen), and the NIGHTRENDER duology (Holiday House). She is also a coauthor of New York Times bestsellers MY LADY JANE, MY PLAIN JANE, and other books in the Lady Janies series (HarperTeen). She lives in rural Virginia. Visit her at www.jodimeadows.com

About the Moderator: Tricia Levenseller, whose books include Daughter of the Pirate King, its sequel Daughter of the Siren Queen, and Warrior of the Wild, is from a small town in Oregon, but now lives next to the Rocky Mountains in Utah with her bossy dog, Rosy. She received her degree in English language and editing, and she is thrilled that she never has to read a textbook again. When she's not writing or reading, Tricia enjoys putting together jigsaw puzzles, playing Overwatch, and watching her favorite TV shows while eating extra-buttered popcorn.

This feature require that you enable JavaScript in your browser.
END_OF_DOCUMENT_TOKEN_TO_BE_REPLACED

This feature require that you enable JavaScript in your browser.
END_OF_DOCUMENT_TOKEN_TO_BE_REPLACED