This event is free and will stream to Best of Books' Facebook Live! 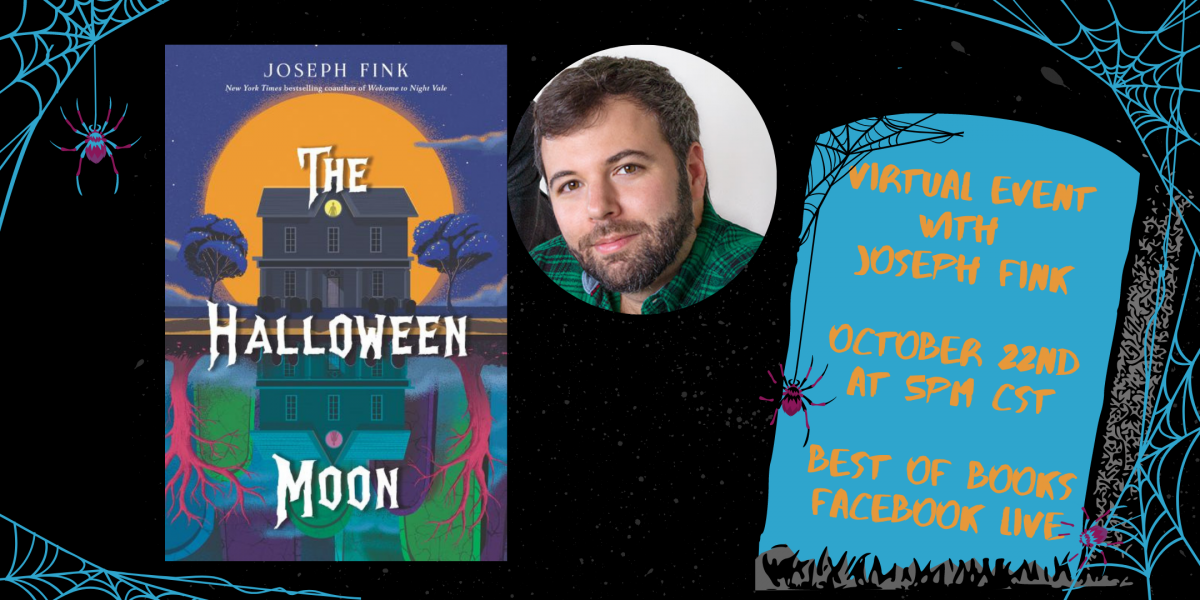 About the book: From New York Times bestselling adult author Joseph Fink comes a wickedly fun middle grade novel about a Halloween-obsessed girl named Esther Gold, who goes out trick-or-treating for one last year, only to find her town under the thrall of a mysterious presence.

Esther Gold loves Halloween more than anything in the world. So she is determined to go trick-or-treating again this year despite the fact that her parents think she is officially too old. Esther has it all planned out, from her costume to her candy-collecting strategy. But when the night rolls around, something feels . . . off.

No one is answering their door. The moon is an unnatural shade of orange. Strange children wander the streets, wearing creepy costumes that might not be costumes at all. And it seems like the only people besides Esther who are awake to see it all are her best friend, her school bully, and her grown-up next-door neighbor.

Together, this unlikely crew must find a way to lift the curse that has been placed upon their small town before it’s too late. Because someone is out to make sure Halloween never comes to an end. And even Esther doesn’t want to be trapped in this night forever.

About the author: Joseph Fink is the creator of the Welcome to Night Vale and Alice Isn't Dead podcasts, and the New York Times bestselling author of Welcome to Night Vale, It Devours!, and The Faceless Old Woman Who Secretly Lives in Your Home (all written with Jeffrey Cranor), and Alice Isn’t Dead. He is also the author of the middle-grade novel, The Halloween Moon. He and his wife, Meg Bashwiner, have written the memoir The First Ten Years. They live together in the Hudson River Valley.

An Afternoon with Oklahoma Authors, Saturday, December 3rd from noon to 2 p.m.

SANTA will be visiting, December 10th from 11 a.m. to noon

This feature require that you enable JavaScript in your browser.
END_OF_DOCUMENT_TOKEN_TO_BE_REPLACED

This feature require that you enable JavaScript in your browser.
END_OF_DOCUMENT_TOKEN_TO_BE_REPLACED