Join Best of Books in discussion with the author and illustrator of the TRAIN TO IMPOSSIBLE PLACES, P.G. Bell & Matt Sharack!

This event is free and will be streamed Live to Best of Books' Facebook page! 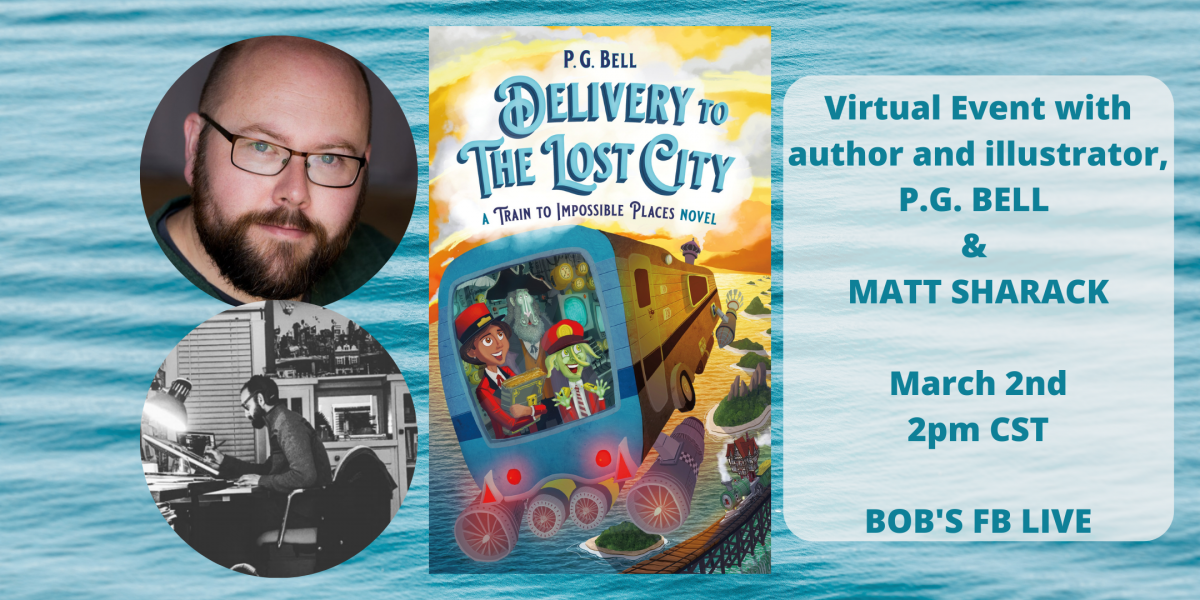 A middle-grade fantasy and nonstop adventure, The Train to Impossible Places by debut author P. G. Bell is as fun as it is full of heart, and the first book of a trilogy.

A train that travels through impossible places. A boy trapped in a snow globe. And a girl who’s about to go on the adventure of a lifetime.

The Impossible Postal Express is no ordinary train. It’s a troll-operated delivery service that runs everywhere from ocean-bottom shipwrecks, to Trollville, to space.

But when this impossible train comes roaring through Suzy’s living room, her world turns upside down. After sneaking on board, Suzy suddenly finds herself Deputy Post Master aboard the train, and faced with her first delivery―to the evil Lady Crepuscula.

Then, the package itself begs Suzy not to deliver him. A talking snow globe, Frederick has information Crepuscula could use to take over the entire Union of Impossible Places. But when protecting Frederick means putting her friends in danger, Suzy has to make a difficult choice―with the fate of the entire Union at stake.

About the author: P. G. Bell is a native of south Wales, where he was raised on a diet of Greek mythology, ghost stories, and Doctor Who. He’s had all sorts of jobs over the years, from lifeguard to roller coaster operator, but has always wanted to write stories for a living. His dream comes true with the publication of the Train to Impossible Places series. He currently works as a library assistant for Cardiff University and lives in Wales with his wife, Anna, and their two children.

The Train to Impossible Places: A Cursed Delivery (Paperback)

This feature require that you enable JavaScript in your browser.
END_OF_DOCUMENT_TOKEN_TO_BE_REPLACED

This feature require that you enable JavaScript in your browser.
END_OF_DOCUMENT_TOKEN_TO_BE_REPLACED